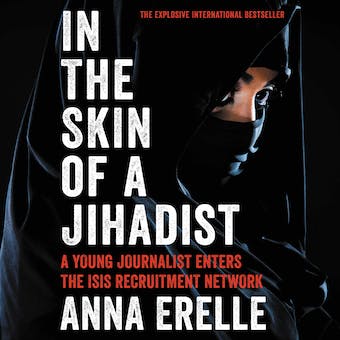 In the Skin of a Jihadist: A Young Journalist Enters the ISIS Recruitment Network


In the Skin of a Jihadist: A Young Journalist Enters the ISIS Recruitment Network

A young French journalist’s riveting and unprecedented look at how today’s most ruthless terrorists use social media and technology to reach disaffected youth—witnessed through the undercover investigation that led to her deep involvement with a key member of ISIS.

On Facebook, “Melodie”—a twenty-year-old-convert to Islam living with her mother and sister in Toulouse—meets Bilel, a French-born, high-ranking militant for the Islamic State in Syria. Within days, Bilel falls in love with Melodie, Skypes her repeatedly, and adamantly urges her to come to Syria, marry him, and do jihad. The honey-tongued suitor promises the innocent, fatherless young girl a life of material comfort and spiritual purpose.

But “Melodie” is actually Anna Erelle, a Parisian based journalist investigating the recruitment channels of the Islamic state, whose digital propaganda—Jihad 2.0—constitutes one of its most formidable and frightening weapons, successfully mobilizing increasing numbers of young Europeans.

In this taut and riveting true story, Erelle chronicles her intense, month-long relationship with Bilel—who turns out to be none other than the right hand man of Abou Bakr al-Baghadi, the self-proclaimed caliph of ISIS. Impatient for Melodie to join him, Bilel tells her that, according to an imam, they are already all but married, and will be officially when she arrives in Syria. As she embarks on the final, most dangerous stage of her investigation, Melodie leaves for Amsterdam to begin her journey to the Middle East. But things go terribly wrong.

A gripping and often harrowing inquiry into the factors that motivate young people to join extremist causes, and a shocking exploration of how technology and social media are spreading radicalism, In the Skin of a Jihadist is a riveting page-turner that helps us better understand the appeal of extremism—and how an Islamic militant attempts to brainwash, seduce, and manipulate a vulnerable young woman.

In the Skin of a Jihadist: A Young Journalist Enters the ISIS Recruitment Network on saatavilla äänikirjana.